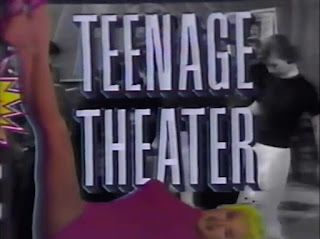 In 1987, the amazing Rhino Home Video released a series of vintage 1950s juvenile delinquent and rockabilly films under the banner, Teenage Theater. Each tape featured wraparound segments by the queen of 50s exploitation, Mamie Van Doren, who would introduce the film by a pink Cadillac, standing in front of a vintage jukebox, or while seated in a retro 50s diner, all while making goo goo eyes at leather-jacketed young men. And why not? She still looked great in her mid-50s when these were produced... in fact she still looks great at 89!

The titles included: Arch Hall Jr.'s classic Wild Guitar, Roger Corman's Carnival Rock, the docu-drama cautionary tale Teenage Devil Dolls,  John Ashley as High School Caesar, the Texas-lensed rockabilly film Rock Baby Rock It and the "teenagers on the lam" gem, Naked Youth. Another title in the Teenage Theater banner was The Violent Years, a "girl gang on the loose" fable scripted by the one and only Edward D. Wood Jr.! Its arrival to home video was timely, as earlier in the decade, there was a renewed interest in Ed Wood, thanks in part to the Golden Turkey Awards book, the compilation film It Came From Hollywood, and revivals of Plan 9 From Outer Space and Glen Or Glenda. VHS brought a second life to many vintage titles, and arguably helped find first-time audiences for forgotten films. The VHS release of The Violent Years was revelatory in this regard. While he did not direct, this film is vintage Wood alone, just for the dialogue. Another Teenage Theater release was the compilation film, Teenage Confidential: a terrific compendium of vintage JD trailers and excerpts, masterminded by showman and rockabilly institution, Johnny Legend. 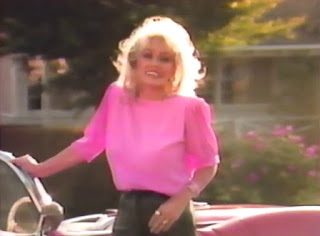 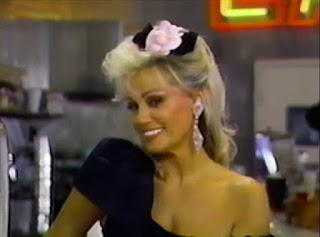 Rhino Home Video was hardly the first to re-issue 50s B films for VHS (Sinister Cinema and Canada's own Admit One predate them by several years), but arguably, theirs was the first video company to brand a personality surrounding their releases. For instance, Rhino would issue compilation tapes presented by Johnny Legend, such as Battle Of The Bombs (a "best of the worst" compendium), Bambi Meets Godzilla And Other Weird Cartoons, Dope Mania (bet you can guess what that is), and of course, the Sleazemania series, featuring trailers of vintage sleaze and sexploitation films. (In a few years, Mike Vraney's Something Weird Video would continue the tradition of a company's unique branding surrounding home video releases of vintage exploitation.) 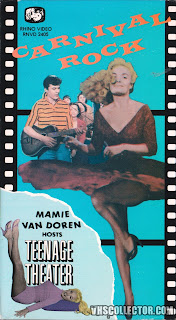 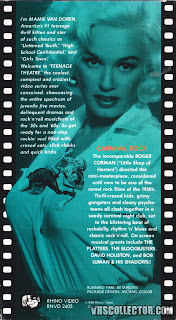 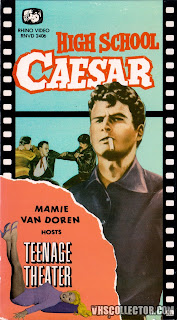 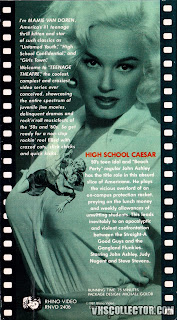 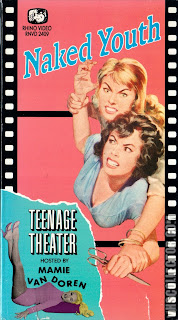 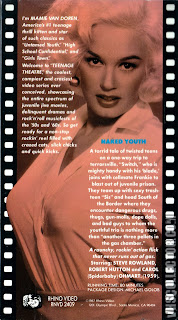 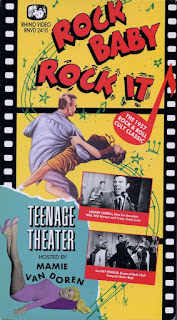 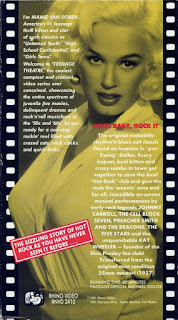 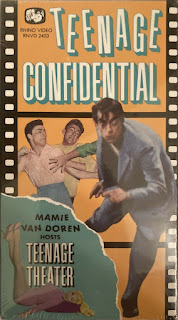 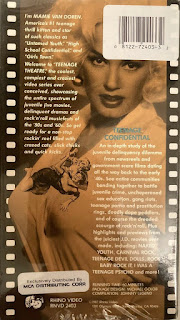 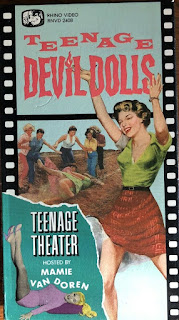 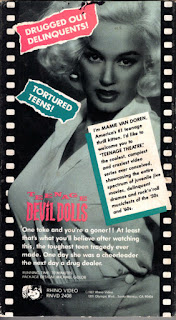 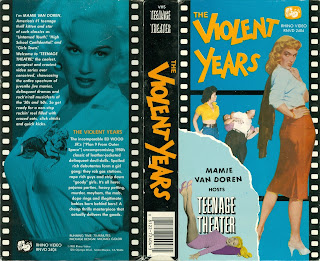 Teenage Theater was a notch above the usual nostalgic releases, for the Mamie Van Doren segments, and for an opening theme song (!), with such humourous lines as "pill popping punks", that played over clips from each of the films in the series. Some nice person edited together all of the wraparound sequences from this tape series, into one Youtube video, which can be enjoyed in the link below. And don't be surprised if by the end you too will be singing "Tee-EE-nage THEE-ater" in the same falsetto voice.

Rhino re-issued the series, in the mid-90s, with all the wraparound segments still intact, however in EP mode. The slipcases on the re-issues do have a distinctive branding however, that still made them attractive to collectors. 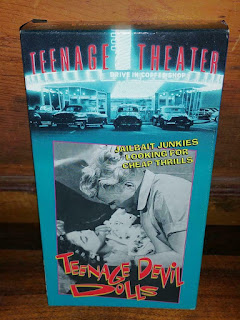 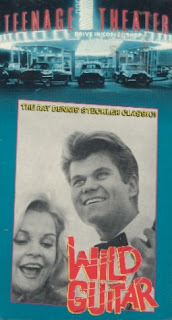 For people like yours truly who came of age in the burgeoning VHS era, and was discovering films for the first time as they were being made available to home video, Teenage Theater was a terrific "crash course" on vintage JD films. In fact, the only misgiving one could have is that none of Mamie Van Doren's own movies are featured in the tape series. (Untamed Youth would have been a perfect fit, as would have High School Confidential. Perhaps someone did think of it, but it all came down to licensing fees.) My introduction to Teenage Theater was on television, believe it or not. In 1989 and 1990, City TV (when they were still fun) programmed two all-nighters of vintage "troubled teen" movies, which they packaged as "Too Cool For Rules" night, featuring many Teenage Theater titles, with the theme song and Van Doren segments still intact!
I later caught up with the actual tapes when I moved back to the city. Sam The Video Man still had some Teenage Theater VHS for sale when they began liquidating in the 2000s! Their packaging and hosted sequences remain very attractive for collectors. The films themselves are blasts from the past; writing this article has made me eager to revisit them in the near future. (Postscript: Johnny Legend issued six of these titles to DVD in the boxed set, Teen Mania. But I'm not sure if they're exactly the same prints as the Rhino VHS. A cursory glance at the High School Caesar DVD reveals that some of the song score has been replaced by instrumental music.)
Oh. For the record (and because I'm an incurable archivist), here are the films that City showed on both "Too Cool For Rules" nights. (Additional titles, apart from the Teenage Theater series, were scheduled, but have the same appeal.)
December 30, 1989:
10:30 PM High School Caesar.
12:00 AM Teenage Confidential.
01:10 AM The Violent Years.
02:20 AM Carnival Rock.
04:00 AM Naked Youth.
June 1, 1990:
10:30 PM Teenage Devil Dolls.
12:00 AM Teenage Thunder.
01:30 AM Wild Guitar.
03:25 AM The Atomic Kid. 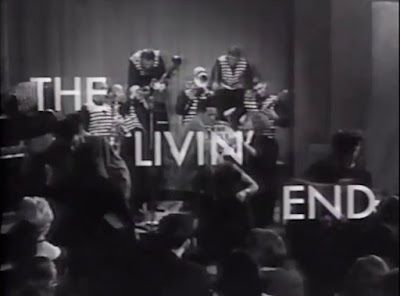 That song! It's still with me 27 years later.

In the summer of 1993 I researched, with a friend, old JD films. (Thank you, Suspect Video.) We drew heavily from the "Teenage Theater" tape series. High School Caesar was memorable, as was The Violent Years. The judge's speech/judgement at the end is priceless! It has Ed Wood all over it. We loved it.