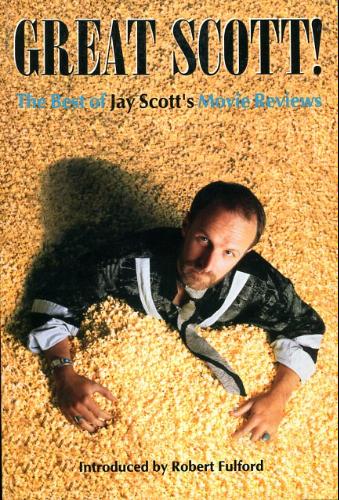 My introduction to Jay Scott came rather late in his career, and in a medium other than the one which made him famous. Although I had been aware of his tenure as a newspaper film critic at The Globe and Mail, it was really only in the early 1990s, when I truly “discovered” him- but on television, not in print. At that time, he was also the host of TVOntario’s Film International, which broadcast every Friday night. His insightful introductions made me another of his many fans, and in short order, I too began reading his film reviews in the Globe's Enterainment section. Jay Scott had become my literary hero.

From 1977 to his untimely death in 1993 (20 years ago today) at the age of 43, he was one of the most influential film writers of his time. He was the rare critic to win the respect of readers, programmers and filmmakers alike, to say nothing of fellow writers.

People read his words for their insight, dry humour and dazzling, intoxicating style: his breathtaking, paragraph-long sentences were whirlwinds of thoughts on the human condition, references to pop culture, somehow all grafted into a film review. Even more impressive is that he managed to adapt this stream of thought into a deeply personal, conversational tone that further endeared the reader. But he made writing fun; he was a brilliant scholar who still had the wide-eyed, childlike joy of discovery. His infectious tone inspired countless readers to investigate films with marginalized distribution, and his voice was also powerful enough that even distributors would be incited to capitalize on his enthusiasm. In one famous incident, Jean-Jacques Beineix's new-wave classic Diva was nearly dumped by its distributors until Jay Scott's raves became instrumental in its becoming a major art house cult classic in the 1980s.

Of all his virtues, perhaps Jay Scott's greatest gift was to show that the film reviewed, no matter how obscure, was part of the larger canvas of our collective pop culture. References to literature, painting (Rabelais was a favourite), fashion and, of course, other films (Fassbinder was a favourite), would be woven into the fabric of his reviews to give the films a greater context.

With his motorcycles, leather and earring, Scott created for himself a colourful, hip persona that lived outside his words. He transformed amazingly well to television- it was a delight for viewers to see that on camera he was as much the warm, wickedly funny and insightful human being that was communicated between the lines of his columns. Even more impressively, as the host and writer of Film International, he didn't have to compromise his prose or his tastes; neither were "dumbed down" for mass appeal.  His onscreen introductions were as full of the nuance as his printed work, and the programming extrapolated on his written agenda to raise awareness to films that otherwise wouldn't find their rightful audiences. He didn't have to pander to the lowest common denominator- he rightfully assumed that the foreign-language and independent works that he showcased would also have appeal to viewers that lived in smaller cities or towns and couldn't access them otherwise. To his mind, high art was for everyone- it didn't have to be relegated to closet admiration by a chosen few.

The early 1990s was a great period to be a Jay Scott fan, as one could enjoy his work in more than one medium. I will be indebted to Jay Scott's Film International for introducing me to the works of Aki Kaurismaki, Paul Cox, Luis Bunuel, Margarethe Von Trotta and several others: it opened the door to a different world of cinema that I could only read about in my limited small-town resources.

But still, these were troubling times too, as his health began to decline. Although he never kept his AIDS-related illness a secret, it seemed however that we were still going to have Jay Scott for a while longer, as he was always working. In addition to his Globe reviews and television appearances, he also wrote book reviews, longer arts-related pieces for other publications, and published a book on artist Helen Hardin. However, in 1992, we began to worry when he appeared ever more frail than his already thin frame. Our concerns escalated when a month's worth of programming was guest-hosted by Kay Armatage (one hoped it was because he was on assignment elsewhere). In the spring of 1993, Film International had a couple of programs devoted to cinema about AIDS, including the independent feature Parting Glances, and the short Dead Boys Club.

Even so, because Jay Scott was still in the public eye, his death in the summer of 1993 came as a huge shock. (He was even writing a book review on the day of his passing.)  A huge outpour of tributes would follow in the next few weeks, not just from fellow journalists who loved his craft, but from filmmakers, and especially from fans. It seemed that everyone mourned the loss of not just a titan in film writing, but also a literary giant (as his finely crafted reviews were indeed works of art) and most of all, everyone felt they had lost a close friend, whether or not they personally knew the man- so intimate was his style with everyone.

Jay Scott’s passing was at a pivotal point in my life- just one month before I moved back to Toronto for the second and last time, to study broadcasting in college. In previous months, not fully aware of his condition, I had wondered if somewhere down the road our paths would cross, as we would both work in media, but his career ended before mine ever began.

In the months after his death, I vigilantly collected any tributes I could find in print, or on television. Film International devoted six weeks of programming to guest hosts like David Overbey, or TVO producer Risa Shuman, who knew the man and shared some of their memories. In October, The Bloor Cinema had a double-bill in his memory (which I attended)- Coline Serrau's Pourquoi Pas and naturally, a Fassbinder film (Veronika Voss). And of course, like many writers, I attempted to copy his style in the many film reviews I was writing for myself at the time.


Of the many Jay Scott stories that were shared after his death, my favourite was by David Overbey who went to visit his friend in the hospital, just one day before he passed. Scott was flat on his back in bed smoking. Overbey commented on the cigarette, and asked if the nursing staff knew he was smoking in his room. Scott replied that they probably did, as they should have been able to smell it. Overbey asked, "Have they said anything to you?" Scott replied, "Well what are they going to do, say, 'Mr. Scott, you're in big trouble?". Even in these final moments, Jay Scott had his dark sense of humour, valiantly laughing at death, and continuing to live his life as he saw fit.

Our culture has a strange fascination with celebrities who died prematurely, from Jimmy Dean to Jimmy Morrison. I'm not alone in that- Jay Scott was mine. This morbid fascination continued until my brother's sudden death in late 1994. I couldn't handle it any more- I wanted to think about life more. And for that reason, I had forgotten about Jay Scott for several years.

Someone once wrote that Jay Scott's period (1977 to 1993) as a critic was during a time when cinema was the least interesting. That may be true, but we were blessed to have him, as one needs a trustworthy writer like him to point out the works that got lost in the juggernaut of the Blockbuster Era. It is a pity he wasn't writing during the 1960s when international cinema exploded (and to paraphrase Susan Sontag, a new masterpiece came out every few weeks), and "cinephilia" was on high (where critics like Pauline Kael and Andrew Sarris became Pop Stars). It is equally unfortunate that he died just before the indie boom of the mid-1990s: one wonders what his reactions would have been to the Three Colors trilogy or a little thing called Pulp Fiction.

Indeed, twenty years after his death, no real testament of his legacy exists in present form. Google searches reveal little of his work. It is a pity that no-one thought to comprehensively reprint his review columns in book form every couple of years like the several volumes accorded Pauline Kael or John Simon. Sadly, the Globe hasn't made an online archive of his work, no doubt contributing to the dearth of online discussion about Jay Scott.

Samples of his work were only collected twice- for Midnight Matinees in 1986, and the posthumous release, Great Scott!, published in 1994. Both are long out of print, but can easily be found for sale used online or at second-hand bookstores. For the Jay Scott fan (or for someone who just wants to discover him), these are both worth having.

Midnight Matinees may be the superior volume, as it also includes some longer-format pieces, including his brilliant articles on the career of Rainer Werner Fassbinder, and the Canadian Tax Shelter era. The titles selected for the section of film reviews better reflect Scott’s popular image, of championing lesser-known “art house” pictures, and creating a greater awareness of them. Great Scott!, on the other hand, has more reviews of mainstream titles than obscurities, but this book is also necessary in understanding Jay Scott. His forte was to bring lesser-known films into public view, but make no mistake: he was not a cultural snob. He saw the worth in everything: popular and “niche” films could be praised or damned in equal measure. Because Great Scott! collects samples of his work from his entire run at the Globe, from 1978's The Big Fix to 1993's Jurassic Park, it is also an entertaining, satisfying collection that creates a synthesis of his consistently great style throughout the years. 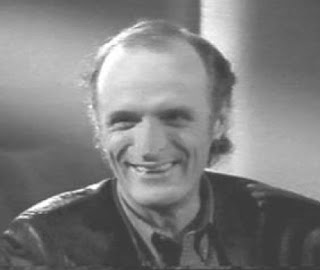 When Jay Scott left this world, the Internet was still a few years away from becoming the dominant medium.  He had managed to move effortlessly from print to television without having to sacrifice his style, and one wonders if he would have adapted to the electronic age with equal ease. Would have he embraced it like film critic Roger Ebert with his own website, blog, and Twitter account? Would he continue to have a voice that stood apart from the countless online movie blogs?

Cinema and media distribution has changed significantly in the past twenty years. In this current climate of mega-billion-dollar superhero franchises that continue to eclipse smaller works that demand our attention, we need someone like a Jay Scott again to chart a course.  When film criticism (or entertainment journalism in general) is being squeezed out for celebrity scandal trash, and newspapers are endangered species, would he have become a trailblazer in the new medium, or would he, now 63, be chuckling to himself and thinking of calling it a career?

I'm tired of griping about the present. I'm simply grateful that some of Jay Scott is still with us. I'll be cracking open his books with some red wine. It'll be good reuniting with an old friend. Good night, and thank you.
Posted by Greg Woods at 7/30/2013 10:16:00 AM No comments: Links to this post

This is the online companion to my print publication, The Eclectic Screening Room, featuring film reviews and articles. Since the print zine has published far less frequently in recent years, this blog can be more timely with news and reviews. In addition to writings exclusive to the web, this site also features pieces from out-of-print back issues of the old zine.
All material within is Copyright (2004-2016) Greg Woods; unless otherwise specified.