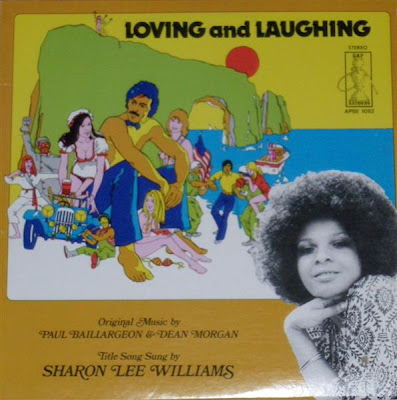 An obscure hippie-dippie movie? And as co-stars, Canuck cuties Susan Petrie and Céline Lomez? You had me at hello.

In this countercultural ancestor to Trading Places, boring rich priss Reggie's car breaks down while en route to offer French lessons to more boring rich people in Vermont.  He gets a lift from some hippies, who all spend time on a commune led by Lucien. Naturally Reggie doesn't fit in with the free-spirited longhairs, but he offers a proposition to Lucien (who is fleeing drug charges) to switch roles with him.  Thus, Lucien assumes Reggie's role as the French tutor for the Harrison family, and gets more than he bargained for in staid New England, as it appears that the mother, her daughters and the maid are all hankering for some French stick bread.

While the plot would be satisfactory enough just to provide the opportunity for some sexual situations (which is all that the audience is paying to see anyway), it is however surprising how the initially flabby humour evolves into a clever comedy of manners.  The film works in its non-carnal moments because the actors are engaging to watch even with their clothes on.  André Lawrence effortlessly makes the change from casual hippie to elegant aristocrat in this new alien environment.  While I've always loved the bright-eyed Susan Petrie in everything (Rip-Off; Lions For Breakfast; Shivers), I now have even more respect for her range, as this role shows her knack for screwball comedy!  She nearly steals the picture as one of the two sharp-tongued daughters.  And yes, no Quebec sex romp would be complete without an appearance by the dark-haired hottie Céline Lomez (best remembered to Anglophone viewers as the ill-fated love interest in The Silent Partner)-  she amply fills the requirements as the fun-loving maid.  Meanwhile, back at the commune, Reggie is also evolving, from a stick-in-the-mud to local hero, as he gets to use his pampered education to help the hippies out of brushes with the law (the fuzz depicted herein must have pinups of Rod Steiger from In The Heat of the Night).

Despite a climax (literally and figuratively) atop a mountain, alas the film has a weak conclusion, attempting to tie together the two story threads. Like the hippies onscreen, Loving and Laughing is definitely a product of its time: in this more enlightened age, the stereotypical depictions of homosexuals would offend more than the flagrant full frontal (but not exploitive) nudity. Still, one is surprised that this sex romp transcends the meager requirements of its box office appeal.  There is plenty of loving, but surprisingly, just as much laughing.
Posted by Greg Woods at 11/29/2011 04:23:00 PM No comments: