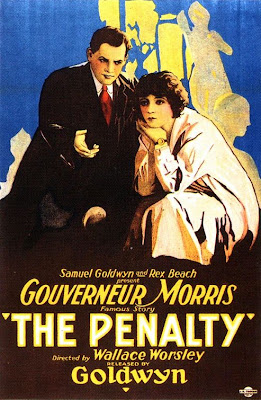 Although the date was actually the tenth, it was actually this second Sunday in September of 1989 that I first went to The Nostalgic Cinema. For years I had read their movie listings in The Toronto Star every Friday when I would peruse the “Entertainment” section for the new movie reviews. In my long-range plan to flee my small town roots for the big city, it had always been my ambition to check out this place once I had planted roots in Toronto.

I had already moved into residence at York a week prior, and classes were to officially begin the following day. For whatever reason, I went back to the town of my birth for the Friday and Saturday nights. However, Sunday morning I was on the 403 back to Toronto, filled with an incredible sense of euphoria. I’ve already rhapsodized elsewhere in these pages about the life-changing year I had upon returning to high school in 1988-89, and don’t want to repeat myself here. However, I’m listening to Laura Nyro as I write this, so forgive any melancholia I do inject into this post. Yes, I had traveled a rewarding but laborious path to get into film school, and the summer of 1989 had its tribulations due to the fact that I had to cut loose all or most of the new life I had made- a fact I never truly got over for some time. 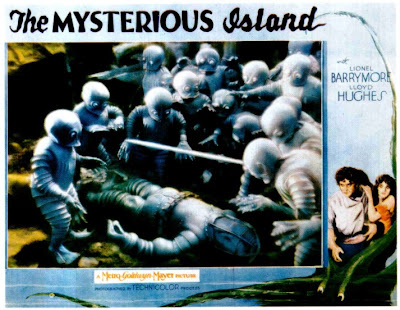 But despite the bittersweet emotions that pervaded the times, that Sunday morning drive to Toronto saw me filled suddenly with vigour, and excitement for my new chapter in life. On this day, I decided to give a little present to myself by finally checking out The Nostalgic Cinema in person, rather than just living vicariously through their Friday listings. Three days earlier, I had read that they were showing five films on the Sunday, and decided that this would be a better introduction than any. (I should add, this was back in the days when I could see more than one or two films in one day without any guilt or thoughts that I should be doing something else.)

I arrived in the big city at lunch-time, just enough to drop off whatever stuff I had brought up to residence and to make it back down to the first film at The Nostalgic. It was a tiny cinema in the second floor of the Kingsway Cinema at Bloor and Royal York, which had its own entrance to the left of the building. I had bought a membership card, which still saved me money from simply getting regular admission prices for the five films.

The afternoon opened with The Penalty, a 1920 crime melodrama starring Lon Chaney Sr. without legs, followed by a nifty, forgotten supernatural crime thriller, Hole In The Wall (1929), starring pre-Little Caesar Edward G. Robinson. Then came the 1929 version of Mysterious Island, which contains scenes silent and with sound. Apparently unseen in Toronto for decades, it was great fun (and the ancestor of Close Encounters and The Abyss). Then the evening came with Murders In The Zoo and Dr. X, both with Lionel Atwill.

In between screenings, you could mosey from the 100-seat screening room into the library to pore over vintage literature on cinema (although with the brevity of breaks, I don’t know how prodigiously one could peruse any of it). Or, anyone in for the long haul might have had just enough time to get a microwaved sub from Becker's, or to go grab a cigarette. A cute little brunette in a fedora brought up some soda and popcorn for sale from The Kingsway (at prices curiously lower than what they were downstairs). A guy in a LOUD plaid suit-jacket (I swear he was there every time I was) looked over the old lobby cards. Being in this place felt like being in a scene torn from a Woody Allen screenplay- it was its own world separated from the outside. In this dimly lit little dwelling, the literature of the 20th century was being upheld.

I belonged here. This was not a movie crowd of cell-phone wagging, bottled-water popping posers who were playing their favourite variation on cine-snobbery. Seldom have I seen a more eclectic crowd of moviegoers than during any night here: real people, strangers all, united by a shared love of a piece of celluloid from the past.

One must remember that this was in the day when there were still glaring absences of classic film titles on video, and much of what The Nostalgic offered wasn’t readily available to see at home on VHS or the late show. Each eight-week schedule was a treasure trove of little gems from cinema’s golden age: Universal horror films, vehicles with your favourite comedy teams, silent classics you could only read about, film noir, westerns, romance, you name it. They used to show two films a night, and also run a Sunday afternoon program. (On Thursday nights you could see the second film free.) 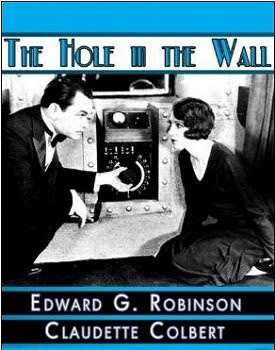 Sadly, after too many moves, I had lost whatever schedules I had acquired from them (a four-page flyer on newsprint, with a screening grid on one page, and individual write-ups in the center spread), and they were always a joy to read. (For instance, in a capsule reviewer the editor would elaborate upon a bit player who makes a token appearance in that certain film.)

After that night’s films ended, I chatted briefly with Dave Eustace, the owner and projectionist, who also recommended the Tuesday night film, Beggars of Life, as I had enquired about it (prior to this, I was only able to read about Louise Brooks). And true enough, I trucked down there that night to see it (to date, it remains my favourite of her films, and my bias is likely influenced by having seen it in a cinema). 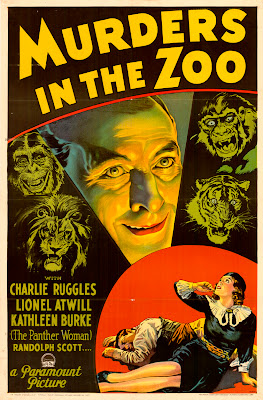 For the rest of the school year, I would make my treks out to the west end to see films: Laurel and Hardy movies, The Old Dark House (on Halloween night!), Buster Keaton and Harry Langdon silents, and Freaks, just to name a few. Typically, I would misplace my dog-eared membership card, yet thankfully they would remember me as enough of a regular to let me in with a member’s admission price. And as far as I can remember, the magical evenings would end with a vintage slide saying “Good night” being projected, as big band music filled the theater. My final screening at The Nostalgic was in the spring of 1990- the Lon Chaney version of The Hunchback of Notre Dame.

A typical night at The Nostalgic was usually one of joy. This little cinema was a little time capsule from which one could sequester themselves from the modern world for a couple of hours to revel in a piece of history that one could share with surrogate companions in a screening room. After being out of the city for a few years, I moved back to Toronto and started attending the usual repertory cinemas again, only to find out that The Nostalgic had closed in that spring of 1994. Sadly, its owner, Dave Eustace, had to turn off the projector permanently due to health reasons. (He passed away in 2003) For years after, when I came out from seeing a movie at The Kingsway cinema, I would sit in the Second Cup on the corner and reminisce about the little cinema above it.

One time during the intermission of a double bill at The Kingsway, I went upstairs to the washroom (which was shared by Nostalgic) and sauntered up to the doorway that led to the former palace of wisdom. Peering through the window, I could see across the hall into a former darkened room which now had glaring light resonating from Bloor Street. The walls were stripped of memorabilia and the projection system was half-destroyed. On the window in the entrance from Bloor St., something rather eerily remained for a few years. It was a laminated paper with a clock design printed on it, with two plastic hands that one manipulated to show a designated time. The writing above the clock said, “The next screening will be at”

A rather fitting last shot, really.

Seeing that clock face there years later invited the idea that maybe they would be back some day, but as we know, sequels only happen in the movies, and even then, they're haphazard at best in reliving a magic moment. Perhaps The Nostalgic Story is emblematic of life in the past 20 years, as within those two decades I've experienced death, disappointment, regrets... all typical aspects of the life cycle mind you, but of an epic story that doesn't necessary end on a crescendo like the larger-than-life characters we flock to see projected 24 times a second.

But more to the point, the Websters definition of nostalgia is a longing for the past, and that too plays into my life, as I've spent many of my years foolishly trying to recreate past glories until I was finally able to accept that the past is gone and move on. And perhaps because of that magic number "20 years", I've been reminiscing more about the glory days of late, even going as far as tracking down former school chums, but to what avail? What am I searching for, exactly? But The Nostalgic wasn't so much longing, as preserving and celebrating pieces of our past. It too, has now became part of our collective past. Like the films it celebrated every night, The Nostalgic Cinema is a piece of culture that would have an even greater uphill battle trying to sustain itself in today's climate (for reasons better left to another post), but rather than lament that sorry reality, we can rejoice in what it stood for. Isn't that why we see old movies, anyway? 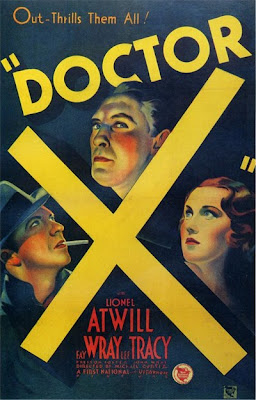