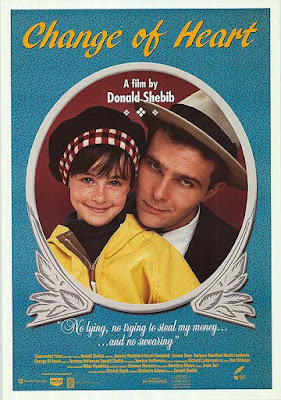 I've been reading Dennis Bartok and Jeff Joseph's fascinating book, A Thousand Cuts: The Bizarre Underground World of Collectors and Dealers Who Saved the Movies. One passage that especially struck a chord was about the late filmmaker Curtis Harrington, who "recalled in detail seeing a nitrate print at Paramount Studios of the now-lost 1929 Josef von Sternberg silent film The Case of Lena Smith, while writing his monograph in the late 1940s on the great filmmaker. The movie had vanished, but it still existed, however faintly, in the reflection of Curtis's aged eyes.."

This made me ponder if in this age, where we live under the illusion that we're always a click away from viewing just about every movie ever made, can we also be in the precarious position of solely relying on one's memory of a film that has similarly disappeared in our lifetimes? The answer is undoubtedly 'yes'.

In the 139th attempt to re-ignite this blog, Secluded Cinema will be a regular feature (renamed from the older, more loquacious semi-regular column, Hard To Find Films I'm Seeking This Week) which will highlight films that (as far I know) have dropped from view. It is unlikely that many of the movies to be discussed here are lost per se, just simply unavailable in any format for public access. But if these words raise awareness of an elusive title, and prompt people to get those movies out to whoever wants to see them, then they will have succeeded.

One could feasibly fill this column with nothing but Canadian titles. (The next two Secluded Cinema columns will also be Canadian movies. I'm in a patriotic mood after all, since it's our 150 this year!) What permeates our community that after fledgling theatrical dates and sporadic plays on television, people are just content to leave their work collecting dust in attics, basements and film vaults? Does our distribution system or filmmaking practice incite such negativity in people that they'd prefer to avoid further hurt by just letting work remain buried, out of the hands of future generations who might want it?

Cue director Don Shebib's film, Change of Heart. The film played a week theatrically in Toronto during the spring of 1993,  received sporadic air dates on Moviepix and Bravo as late as 2000, and then has seemingly dropped from view. I don't believe it ever had a domestic video release. In the 120-plus years of cinema history, 17 years is not that long a time. It seems baffling that such a comparatively young picture from the VCR age is so elusive.

Unlike most of the titles you will see in this column, I actually saw this one back in the day, on Bravo, when they generously broadcast Canadian films... many of which are now similarly, frustratingly, difficult to see in any format.  This unpretentious little fable, written by Terence Hefernan, developed from a story by him and Shebib, features a young girl (Sarah Campbell) who wins the lottery, and then hires her hustler cousin (Jeremy Ratchford), who certainly needs the money, to help find her biological father, and keep her out of a foster home.  I'm no angel sometimes. l'll admit that my initial reaction to this movie was rather hostile. Maybe it was a bad day, but when I think back, I now perceive my criticisms to be the film's virtues.

The film felt twenty years older, in part for its low-key tone, and its docu-style cinematography by Shebib's regular cameraman, the late great Richard Leiterman. But now, I wish more contemporary films were like that. After screenings of over a thousand other films since, however, this movie has remained in my mind, for its revelation in the final act, and the sad poetry in the last line: "Let's go have a cheeseburger." One could say that after all this time, this movie has continued to haunt me, while others since have faded from memory. 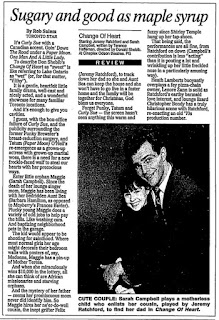 Change of Heart may not be one of the director's major works, but it is sadly an example of the infuriating difficulty in seeing films even by Canada's most celebrated filmmakers. In recent years, I've re-acquainted myself with several other Don Shebib pictures. His subtlety, efficiency and economic storytelling is exactly the kind of cinema we need more of today. Check those T-120s in your closet. It's time to bring this film back. I'll even settle for a Youtube link.

Right and Below: scans from The Toronto Star in 1993, featuring Rob Salem's review of Change of Heart, Jamie Kastner's interview with its director, and a sadly prophetic piece by Susan Kastner about the film's disappearance from screens. 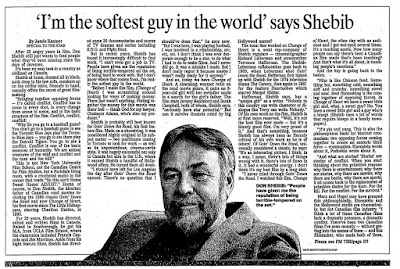 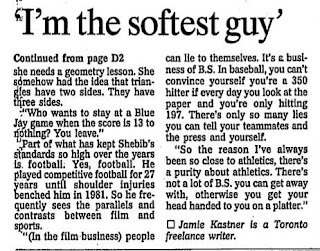