YOUR SHOW OF SHOWS 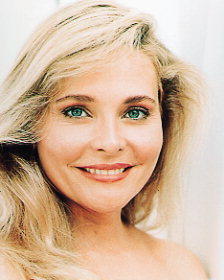 Today, Hollywood Canteen (the movie collectibles, books and video shop here in Toronto) ran their Show of Shows at a hotel downtown. I had been curious about attending this venue as a vendor ever since I began this publication, and this year I finally remembered to sign up early enough to do just that. Well, ten minutes in there, I realized I was in bigtrouble. All the other booths were selling lobby cards, posters, magazines, etc. so ESR was a unique thing to have at this fair... and not in a good way. The clientele here didn't come to read, but collect. I'm disappointed, but not bitter about the experience- these are the gambles we take when we try to take our work anywhere. I did manage to sell a few of the noir issues, though, so the day wasn't a total loss. With enough pocket change, I browsed through the one dollar lobby card bin and found some stuff for some obscure 70s flicks, which is of course my bread and butter.

Every year, Hollywood Canteen revolves the fair around a celebrity appearance as a draw, so people can collect autographs and memorabilia in addition to the fair getting a shot of star power. This year, our guest was Priscilla Barnes, known for her roles in "Three's Company", MALLRATS, and (for me) THE CROSSING GUARD. My booth was next to hers, and she is a completely charming lady- as exciting and funny in person as she is onscreen. In fact, I've confirmed my suspicion that there is a lot of untapped talent that supersede her usual requirements in her slate of B-movies.

After the show, I had coffee with John Reed, the director of FUDDLEBE- one of the films I showed in February. This was one of the little morsels of the day that remind me to hang in there, and keep on doing what I'm doing, even in an umbrella of disappointment.
Posted by Greg Woods at 9/12/2005 06:59:00 AM No comments:

EAR TO THE GROUND.. CANCELLED

After a dismal first half of the year, I was hoping I wouldn't have to write a third part to my "...Scene is Going to Ratshit" series, but here it is. Much my delight, and I'm sure to that of others in the independent scene, there was an announcement made for a weekend-long engagement at the CNE. Under one roof, people could see and hear works by visual artists, writers, musicians and filmmakers. If this didn't spell community for independent artists of any persuasion being able to come together, well, nothing would. And sadly, nothing did. This week all of the vendors got the e-mail that Ear to the Ground had been cancelled due to lack of funding. The venue that sounded too good to be true... was. I am uncertain if it was an issue of expanding far too quickly for a first-time attempt at a venue or what, but alas, the very thing that could give the independent community its sorely needed shot in the arm is another of too many casualties with big ideas and small prospects. Am I disappointed? Certainly. But I do hope they learned from this, and continue to get on the saddle and try again. It is worth doing.
Posted by Greg Woods at 9/10/2005 07:00:00 AM No comments: