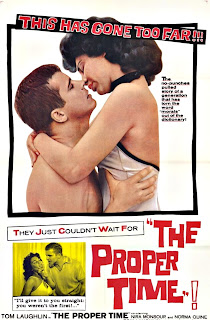 Years before the Billy Jack movies, actor Tom Laughlin was already writing and directing projects for himself, which remain far less accessible than his later successes. The same year he acted in The Delinquents (1957) for director Robert Altman, Laughlin made his writing-directing debut with The Proper Time, which was filmed in six days on a $20,000 budget, but not released until 1960.

Synopsis (from TCM-- warning, spoilers ahead):

College freshman Mickey Henderson suffers from a severe stutter when tense and is only assured and calm with young women his own age. Pressured to participate in a fraternity "rush" by his father, Mickey's subsequent anxiety causes him deep embarrassment during the event and he is rejected by the organization. When Mickey's parents urge him to seek assistance from a speech therapist, he refuses. On campus, Mickey meets Sue and the two are immediately attracted to each other and begin dating. Sue remains unaware of Mickey's stutter as he is happy and confident in her presence. Sue's sultry roommate Doreen takes an interest in Mickey, and despite his relationship with Sue, sets about seducing him. Discovering that Mickey has slept with Doreen, an angry and hurt Sue confronts Mickey, explaining that she wanted to wait for the proper time before having sex. After Sue breaks up with him, Mickey continues seeing Doreen but begins to suspect that she has lied to him and has slept with other men. Under continuing pressure from his parents, Mickey visits the speech clinic, but is uncomfortable with the advised treatment. When Mickey confronts Doreen about his suspicions, she admits she has had numerous lovers both before and after him. Distraught, Mickey begins stuttering and is shattered when Doreen taunts him. At last ready to face his problem, Mickey returns to the speech clinic and Sue. 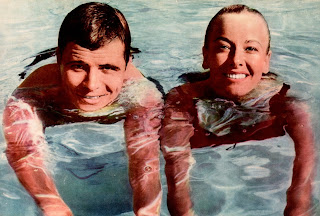 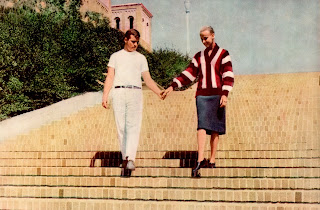 This outline suggests that even at this young age, Laughlin was an ambitious independent filmmaker, attempting to create some marquee value with sensational subject matter ("sex always sells", as they say), while adding unusual subtext, and no doubt some moralizing. That formula would be perfected with the runaway success of the Billy Jack films, which proved that he could strike gold by working within and without the system: giving the audience what they want, while liberally expounding on his own beliefs and social causes. 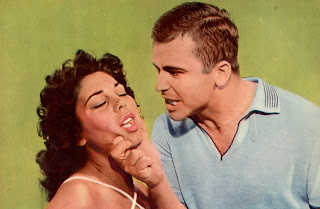 As of this writing, not a single review of the film is to be found online, save for a blurb by TV Guide. At best, there is a comment on the IMDB message board:

"...I saw this movie on TV in the late 1960s on a Barrie, Ontario station... It was obviously one of those "message for teenagers" movies about the pros and (mostly) cons of premarital sex. The acting was absolutely DREADFUL!!!! I recall that I was aware of this as a teenager myself. I've never seen it since, and it's never been listed in any of the TV Movie Guides (Leonard Maltin, etc.)"

Well, I don't know-- there are many cinema spelunkers who would like to find this and decide for themselves, including yours truly. Whatever one's views of Tom Laughlin as a filmmaker, one nonetheless must admire his tenacity- at the very least, this would be interesting if viewed as a stepping stone towards his later successes that followed a similar model.

While the film appears to be out of circulation (perhaps by Laughlin himself?), Contemporary Records has however re-issued the soundtrack by jazz drummer Shelley Manne.  The CD includes a 12-page booklet (perhaps including more stills and information about the movie?). 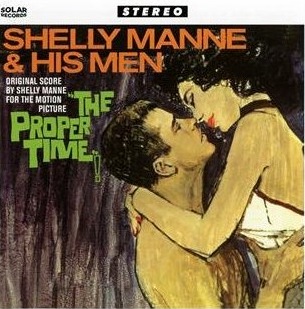 Tom Laughlin would make another hard-to-find feature. Shot in 1960 over fourteen days, intended as the first of an intended trilogy, We Are All Christ, this movie was finally released in 1963 as Among the Thorns, and then re-released in 1965 as The Young Sinner. This title is deserving of an entry all its own.

(Postscript: one assumes that the IMDB user is referring to Barrie's CKVR. This TV station had a mouth-watering schedule of vintage movies and TV shows, many of which not easily found elsewhere,  until CHUM absorbed it in the mid-1990s. It is now part of the CTV conglomerate.. that is to say, CKVR is now as faceless as most other things on the dial.)

Yes, CKVR used to be a stand-out station. Things started to go downhill back in late 1997 when they became (with vacuous pompousness) "The New VR". A few months after the big, and all important, changeover, the Toronto Star did a story on the subject; apparently CKVR, and the Star, got letters with the common line, "I want The Old VR back!"

Back in the early 1970s, CKVR would promote themselves as the television station that shows over 20 movies every week. (There would be a movie every weekday at 6pm, for example.) Good times....