This week it was announced that TVOntario is cancelling Saturday Night at the Movies at the end of this season, just one year shy of its fortieth anniversary. Saturday Night at the Movies is an institution among film fans in Southern Ontario, especially for the twenty-five years in which it was hosted by the affable Elwy Yost, whose infectious joy and enthusiasm was as delightful as the films themselves. Cinema lovers had the best TV date of the week every Saturday night, when they turned their lights down low and put their feet up to enjoy two movies, often sharing a similar theme, director or star. As if that wasn't enough, each film would be followed with celebrity interviews conducted by Mr. Yost himself, in his annual pilgrimages to Hollywood. This priceless archive of a quarter-century's culmination of footage is even more precious in that above and beyond the stars of Golden Age cinema, Elwy would equally devote interview time to directors, editors, cinematographers and musicians, in an effort to give viewers a complete mosaic of all the different hands that help to create the magic of the movies.

During the show's heyday (namely, when Mr. Yost hosted from 1974 to 1999), Saturday Night at the Movies gave another TV institution, Hockey Night in Canada a run for its money in terms of viewer ratings on Saturday nights. After Elwy Yost retired at the age of 74, there have been numerous attempts to keep the show running. The closest it came to retaining its legacy under Yost's reign, was fittingly enough, the first season after his retirement. Shelagh Rogers was a delightful host in her own right (handpicked by Mr. Yost himself) who still nonetheless kept his name alive via his incredible archive of interviews. However, due to conflicts with her other employer the CBC, she had to relinquish her post after just one season. For years, SNAM (as the show is known in short form) ran without any host. The films were coldly introduced with only an onscreen title card, and the interview segments were likewise clinically stitched together soundbytes. While the film programming may still have been impressive, the show had become disappointingly faceless- bereft of the warmth and joy distinguished in the years of Elwy Yost. Even with the re-introduction of a host (Thom Ernst) in 2010, the show still isn't the same.

TVO's decision to cancel its long-running show comes just one year after Elwy Yost passed away at the age of 85. If he had lived to hear this news, I think his heart would be broken. TVOntario's reason for axing the program is due to financial concerns, and a move for the station to solely concentrate on educational programs for children. However, once the news of SNAM's cancellation hit the internet, in short a petition began with signatures of those who are urging TVO to reconsider its decision to axe the program. 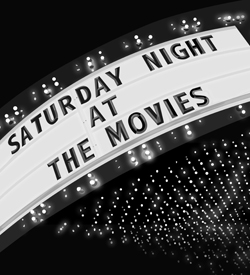 Why? Even with the consensus that the show is a shadow of what it used to be? Perhaps it is an effort to keep the legacy of Mr. Yost alive (even though he is now absent from the show's content, his shadow still looms), and for that matter, what SNAM still stands for, despite the bumpy changes it has had since 1999. What with on-demand and specialty channels, one may argue that Saturday Night at the Movies is no longer needed, especially since Turner Classic Movies is now in the cable package of Ontario subscribers. Even in its current state, this show offers something unique. SNAM stands for more than just a couple hours of entertainment: it also studies the history and culture of that medium. TVO's decision to concentrate more on children's programming is ironic, since SNAM speaks to the child in all of us: this unique program makes wide-eyed youngsters of its viewers, as we witness the magic of the movies and summarily how that magic was created. After all these years, I still watch it, as it is one of the few intelligent and reverent programs devoted to the art and rich history of cinema.

Want to sign the petition? Here is the link.