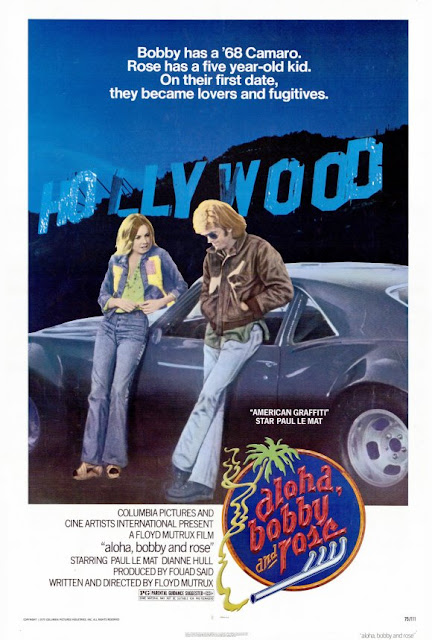 Actor Paul LeMat is perhaps the poster child of 1970’s cinema. From American Graffiti (1973) to Melvin and Howard (1980), his good-hearted but underachieving, unambitious blue-collar characters capture the themes of restlessness and aimlessness that were so pervasive in the decade. In an age where everyone was “finding themselves”, LeMat’s protagonists were always aware of the small prospects of their lifestyles, yet find comfort in them. Invariably, they are forced to make radical changes to their livelihoods; this motif is again reflected in his character for Aloha, Bobby and Rose.

In one of those rare instances where Bobby attends his job as a gas-station mechanic, he returns a repaired vehicle to Rose, a single young mother. The time in which she drives him back to the garage evolves into a makeshift date, as their half-serious snappy patter shifts into a mutual attraction. Then when a silly convenience store prank leads into tragedy, the two are forced to hit the road to avoid persecution. 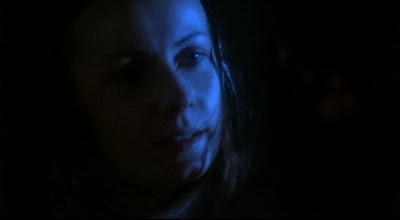 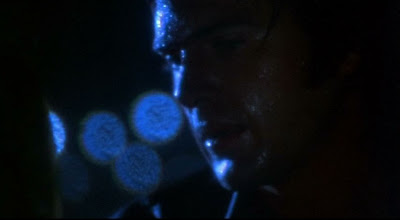 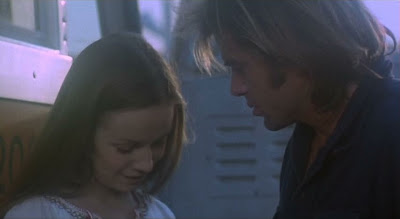 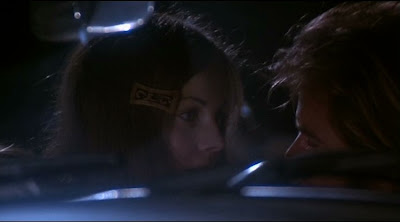 Fittingly, this 70s icon appears in a film that could not have been made in any other time.  Like many great films of that decade, the obvious story flow is ignored for the sake of the characters. The picture begins with Bobby (with his friend Moxey) trying to hustle some money in a pool game. When he loses the match and reveals that he had no money to begin with, he spends the next day trying to scratch up the dough to pay them back. Moxey waits at the pool hall the following night, while Bobby is out with Rose, and then after a dramatic turn of events, this story thread is never re-visited.

Even before the convenience store scene, one realizes that this film could go anywhere. Four decades later, Aloha Bobby and Rose still remains an exciting viewing experience: even a small picture like this carries the gift of surprise that most mainstream movies lack, especially today. 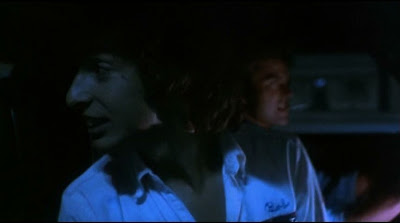 In his second film as writer-director, Floyd Mutrux re-teams with cinematographer William Fraker for a project that slyly recalls the structure of their previous collaboration, Dusty and Sweets McGee. Aloha does not have as large a mosaic of characters as its predecessor, but it is another impressionistic narrative taking place in one weekend, whose moments of joy and sorrow are enhanced by the collection of classic songs playing on the radio.

Floyd Mutrux is one of the few directors to properly use pre-recorded songs. Where many movies have wall-to-wall soundbytes of classic tunes in order to sell soundtrack albums, the music here instead is a soundtrack to Bobby and Rose’s lives. As in his previous film, the pop music at once accentuates the euphoria of finding a new love and the anxiety of indecision on the open road.

The excellent soundtrack of pop songs is a snapshot of life circa 1975, but the music purposefully enforces the many colours of its narrative. Once you see this film, you cannot hear any of these songs again without thinking about these images that have been married to them: the rapturous night ride to Junior Walker; roller skating to Lenny Welch’s “Since I Fell For You”; the empty rural vistas given greater space from the haunting strains of Elton John’s “Tiny Dancer”; the first kiss while The Temptations sing “Just My Imagination”, and then the inevitable finale, shot during the rain in slow motion to Elton John’s “Bennie and the Jets”. 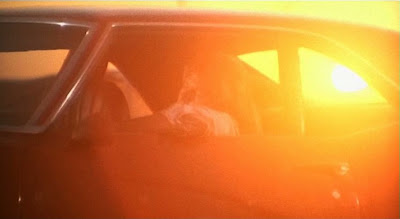 The music is also representative of a voice from an outside world that remains just out of the grasp of our characters, much like the Hollywood sign that tantalizingly beckons while Rose's mother talks about the good old days. The promised lands that our protagonists yearn towards are never within reach. The film’s title is a pun about Rose’s offhanded remark early in the evening, about wanting to go to Hawaii. This brief moment is however representative of the entire film: characters’ dreams and desires are never fulfilled. 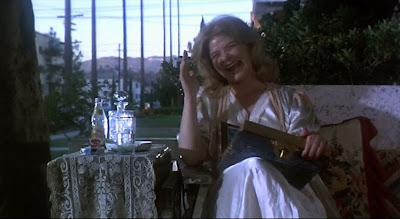 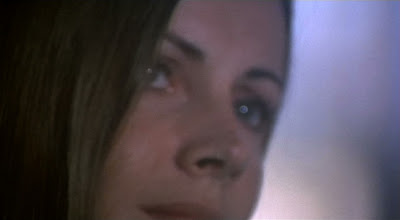 Despite how the tone of the picture changes from woozy, nostalgic melancholy to tragedy, Aloha Bobby and Rose is an exciting cinematic experience because it continues to surprise us. With every ten or so minutes of screen time, the story arc or the tone changes into new terrain: the viewer is happy captive in this perilous journey.

In the last third of the movie, our lovers on the lam meet Texan travelers Buford and Donna Sue, who treat the young couple to a long night of food and booze. (In fact their frivolity can be read as the counterpoint to Bobby and Rose's more conservative values: despite his devil-may-care streak, Bobby still has a moral code.) Buford is near-psychotic in both his generosity and his lawless demeanour: the excellent Tim McIntire (soon to be the star of Mutrux’s subsequent film, American Hot Wax) steals the film in this showy role, conveying the man’s bearish, braggart exterior with the correct tinge of danger beneath the surface. Oddly enough, his scenes provide the film with the most laughter: in one moment he stands up to fight someone in a bar, the band begins to play a mambo, and suddenly he does a jig on the dance floor. 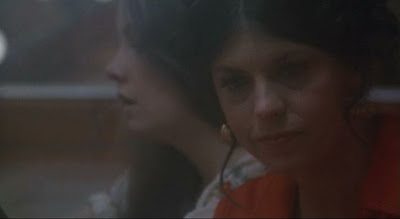 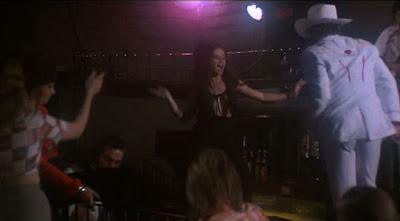 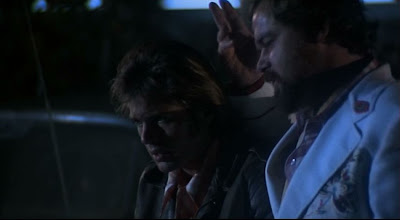 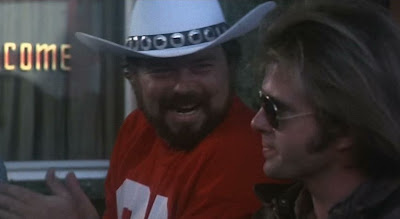 This wonderful sequence is indicative of the film as a whole: the tones are all over the place; expected narrative threads are forgotten as something else happens; one finds laughter in moments of danger, sorrow in times of joy.  For some, this cinema may appear frivolous, but it is much like life: things burst out into unknown directions all at once; emotions change at any turn.

Thanks to the dazzling cinematography of William Fraker, the film is as exciting to watch as it is to listen to. His over-exposed night photography, hazy backlighting, soft hues, and secondary colours create a world full of woozy nostalgia, allure and danger.

One of the most invigorating sequences in the movie is also one of the most subtle. Early in their makeshift date, Bobby and Rose drive down the Sunset Strip, as the handheld camera captures low-angle compositions of neon and billboards while Junior Walker’s “What Does It Take” plays on the radio. I have watched this scene countless times, and am always so emotionally drenched that its brevity is a blessing. The deceptively simple decoupage of a tantalizing urban playground, cut with shots of the couple’s growing mutual fondness gives the viewer a delightful, nervous energy that resembles falling in love; this scene just makes you so alive! 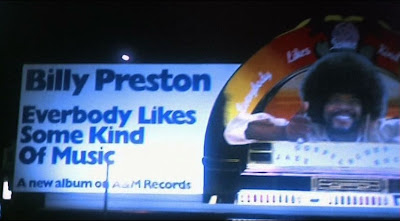 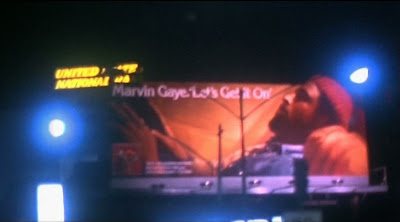 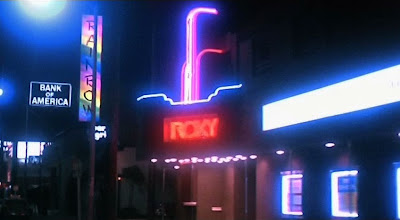 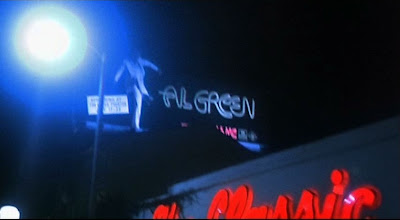 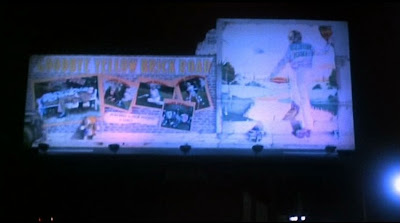 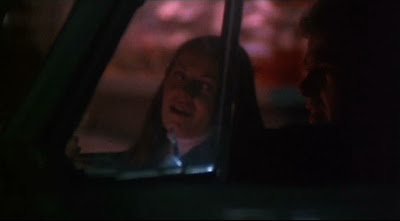 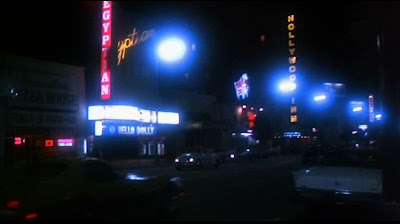 Aloha Bobby and Rose became one of the top 10 money-makers of 1975: a tremendous return on such a small-budgeted investment. While likely its box-office success was due in no small part to Paul LeMat just coming from American Graffiti, Bobby’s 68 Camaro, and the soundtrack of hit songs, one suspects that this film also spoke to viewers on a personal level. The disillusioned post-Vietnam, post-Watergate audience could identify with the restless characters onscreen. 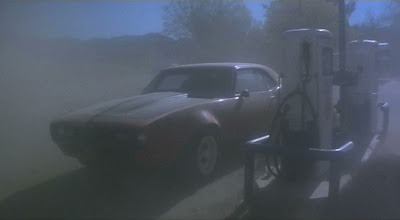 While this film is more heavy-handed than other works by Floyd Mutrux, it is perhaps the price paid for achieving a rare kind of cinematic poetry. It is even more precious that a narrative full of hardships can be such a joyous experience. Floyd Mutrux’s films are always about nostalgia: an emotional state which is also a process where one selectively isolates moments they care to remember. The seductive, soft neon; the silhouetted close-ups of a first kiss, and of course the excellent soundtrack are among the many touches that affect the viewer on such a visceral level. Indeed, despite the logical descent into tragedy, it is always these whimsical moments that one most remembers, and why we keep coming back for repeated viewings. 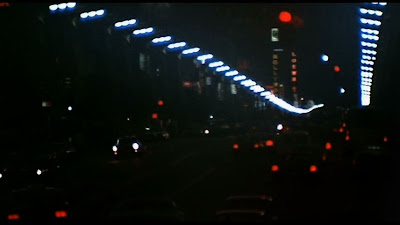 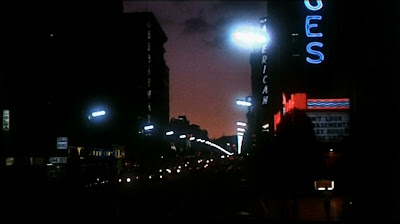